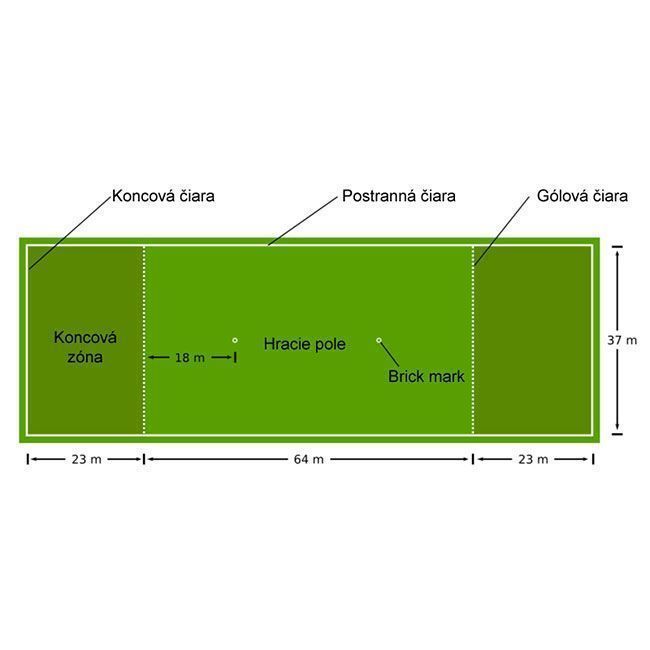 The Ultimate game is played on a rectangle playground with a width of 37 meters and a length of 110 meters, where the 23 meters at each ends are called end (scoring) zones.

The game is played by teams of seven players. Players that are not in the game may replace players in the game after a score and during halftime or during an injury timeout.

Each point begins with both teams lining up on the front of their respective end-zone line. The defence throws (“pulls”) the disc to the offense.

Movement of the disc

The disc may be advanced in any direction by completing a pass to a teammate. Players may not run with the disc. The person with the disc (“thrower”) has ten seconds to throw the disc. The defender guarding the thrower (“marker”) counts out the stall count.

Each time the offense completes a pass in the defence’s end-zone, the offense scores a point. Play is initiated after each score.

When a pass in not completed (e.g. out of bounds, drop, block, interception), the defence immediately takes possession of the disc and becomes the offense.

No physical contact is allowed between players. Picks and screens are also prohibited. A foul occurs when contact is made. When a player initiates contact on another player a foul occurs. When a foul disrupts possession, the play resumes as if the possession was retained. If the player committing the foul disagrees with the foul call, the play is redone.

Players are responsible for their own foul and line calls. Players resolve their own disputes.

Spirit of the game

Ultimate players stress the importance of sportsmanship and fair play. Competitive play is encouraged, but never at the expense of respect between players, adherence to the rules, and the basic joy of playing. Therefore it is a good practice for the players to sit down, talk about the match and strengthen relationships after the game has finished. They also decide which team played more honest and wins the title Spirit of the game- an imaginary cup of the Spirit of the game.